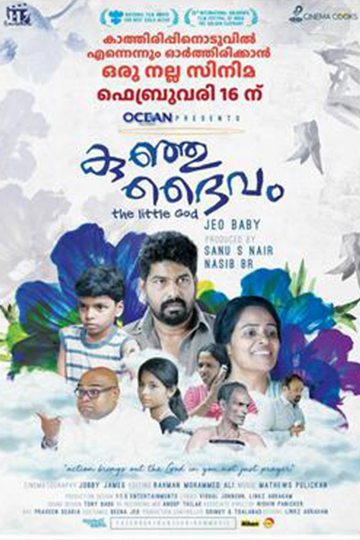 Kunju Daivam is a Malayalam film written and directed Jeo Baby, starring Adish Praveen, Joju George, Reina Maria, Sidhartha Siva as lead characters. Kunju Daivam’ was last in the news when its lead Adish Praveen won the National Film Award for Best Child Artist. The film was produced by Nasib B R and Sanu S Nair under the banner of Ocean Pictures. It’s Jeo Baby’ second project in Malayalam as a director after 2 Penkuttikal. An ode to the age of innocence, Oru Kunju Daivam tells the story of a spirited boy and his little world full of miracles. Mathews Pulickan has composed the soundtrack and background score for the film. The film was released theatrically on 16 February 2018.