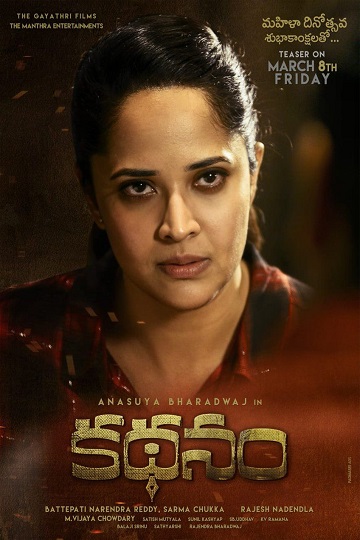 A police officer investigating a series of mysterious celebrity deaths learns that these could be murders motivated by a renowned filmmaker`s story. As he explores the connection between the characters of the story and the deceased celebrity, he stumbles on a long-buried secret. Directed by Rajesh Nadendla, the film stars Anasuya Bharadwaj, Srinivas Avasarala, Randhir and Vennela Kishore in key roles.